I do not believe what I am about to suggest will happen. Nevertheless I feel it is timely to express it. I am a Gaianist, in that I subscribe to the provable evidence of an almost miraculous self-organising and self-perpetuating planet. We appear to be in stage two of the Gaian journey. The beginning was the microbial age of single celled biota which still colonise the microbiomes of our internal life giving functions. The second age of the more sophisticated many celled biota led eventually to the emergence of humanity. We seem to be heading towards the end of this age. What looms is a third Gaian age of a planet which is essentially post human. This could emerge within the coming thousand years. By post human I posit a species which has essentially lost any moral concern for the viability of its offspring, nor has the capability of being able to create the conditions for meaningful survival of the remaining human race. In essence that third Gaian age heralds the emergence of a species that can only live for its own existence. The humanness of caring, sharing and reciprocating will have atrophied. The essence of sustainability, namely providing both the conditions and the capabilities for future generations to live sustainably, will have been lost.

We now live inescapably in a climate changing world. The drama of fires, heat, flood, drought, landslide and storm surround us almost every day somewhere in the world. The climate change writing is on the wall. Yet we remain for the most part anxious yet unwilling to change our consumption patterns which increasingly envelop us in carbon dependency. Our escape valves are disheartenment, denial, dissonance and deluge. Disheartenment is enveloping us as we seem to be personally impotent in the face of ever rising greenhouse gas emissions and climate change writings on every wall.  Denial is the route for avoidance of any prolonged conscious thought leading to action. Dissonance is a process of enabling us to override our belief/action contradictions. Deluge is the sheer overwhelming scale of information and tragedy, of catastrophe and family despair, which darkens our visions of hope. Wherever we turn we see moral failure. The ethical investors are wary of reducing their financing of the fossil fuel sector which is still massively subsidised by tax regimes and regulatory support. The dark forces of carbon promoting capital creatively extend their grip.

Naomi Klein talks of “dark money”, “funds from conservative foundations that cannot be traced” (p. 44). George Monbiot clarifies this as a means for corporate interests to obscure their considerable political leverage by paying others “to speak on their behalf”. Klein notes that professional scientists are split when their livelihood depends on what they say: “we are all inclined to denial when the truth is too costly”. Monbiot echoes the warning of Franklin D. Roosevelt: “the liberty of a democracy is not safe if the people tolerate the growth of private power to a point when it becomes stronger than their democratic state itself”. The transformative morality we will examine below cannot flourish if these dark forces remain obscure and ascendant.

The forthright climate scientist Kevin Anderson examines all of the relevant emissions scenarios for a 2 °C 2100 target. He concludes that these are not plausible. They rely far too much on untested emissions removing technologies, and hope for optimistically rapid advances in low carbon energy and fuel use substitutes. He blames climate scientists for “ultimately choosing to censor their own research”.  He foresees a turgid future for the high emitting consumers, facing increasingly strident demands for ever higher levels of mitigation, at faster time scales, than any might personally or politically be willing to tolerate. By remaining silent, he notes, “…we do society a grave disservice — the repercussions of which will be irreversible”.  Anderson appears to be laying a challenge to the climate science community to take a responsible and credible lead.

We are now confronting the unavoidable. Within a measurable period of time the planet could become uninhabitable through oppressive humid heat, unremitting drought, prolonged flooding across wide areas so medium term community scale adaptation becomes almost impossible, and sea shores which are menacing in tide and storm and salty drinking water. Fleeing such endangered zones where over 500 million live in dense cities and fishing farming communities is decreasingly possible. The sheer scale of these disruptions, already apparent in the news bulletins of this torrid summer, will test our humanitarian morals beyond their cultural capabilities.

Disheartenment, dissonance, neutralization and anaesthetism are powerful contributors to maintaining the gap between preferred and desired action and uncomfortable knowledge. Dissonance enables the uncomfortable transgression of known norms and morals for other values. It is just possible through dissonance reduction to acquire moral frameworks for consistent sustainable action. Neutralization is the suppression of dissonant feelings through comforting alternative but clashing behaviors. The key here is to centre moral norms in such a way that inconsistencies become so apparent that they can no longer be neutralized. Anaesthetism is the blanking out of any sense of unease and guilt. Only when these attributes are calmed, can anaesthetism be made redundant. Removing ambiguity and ignorance, displacing unwanted inconsistencies, buttressing social virtue and identity, and reinforcing consistent social norms become the central tenets of the interface between morality, science, personal ethics, and community behavior. Link the personal journey to the emergence of community empathy and supported action and there is a glimmer of hope that the gap can be closed.

One possible way forward is to price fossil (not biological) greenhouse gases at the point of exploration and production. This would neither be a tax nor a levy, as such words are toxic to those who will have to pay. This will only be possible if the dark forces are confronted by moral empathy for the future of humanness which is so tragically being lost. Hence the need for a more neutral phrase for such levies, such as a carbon contribution from the present for the future. This would create vast funds for enabling the low carbon transition and associated low carbon consumption to take place all over the world. It could be based on the principles of the UK Big Lottery Fund.  Resources of investment, people and training could be made available for a series of community supported and charity backed schemes to help the poor be better off in a low carbon economy and society, to offset the costs of adaptation and foresight preparedness for the global vulnerable, and to foster for all manner of low carbon lifestyles and technologies. In the course of time such contributions would have to be matched by additional contributions from greenhouse gas emitting consuming behaviour. This would be necessary to get round the “rebound” effect. This is the kick-back when consumers feel they are able to use an efficient appliance more. Such a very controversial move would have to await the success of the initial phase of the carbon contribution journey.

Sadly the practicalities of any global scale carbon contribution funding source would be almost impossible to manage on the large scale. Then scope for corruption, syphoning off and embezzlement would be just too tempting. Yet, if these funds could be channeled into community scale schemes and subject to scrutiny and to accountability of delivery, there might be a glimmer of hope. But for this to be achieved, there would have to be compassionate humanness and decency of treatment on a universal scale.

Some hope. Gaia 3 looms. We have at most a decade to get these suggestions up and running, or we will succumb to the anesthetics of moral abnegation. The reality of the changing climate and the litany of suffering already in place suggest that at the very least we should carefully examine carbon contributions for the sake of safeguarding both humanness and humanity.

Tim O’Riordan is Emeritus Professor of Environmental Sciences at the University of East Anglia (UEA) in Norwich UK. He is involved in many local and international projects and networks, including Future Earth. He has taught and supervised in the ICS-ULisboa PhD Programme on Climate Change and Policies for Sustainable Development for over a decade. t.oriordan@uea.ac.uk​ 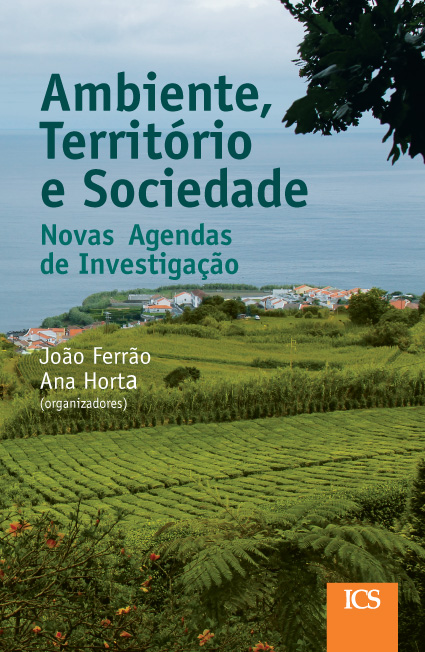